Your kids don’t get a lot of options to practice long-term problem-solving skills outside of school. Sure, they have to wake up and decide what to wear, then get downstairs for breakfast, but how often are they challenged for long periods of time during the day during breaks or on the weekends?

Probably not very often, if they’re like most kids. So how do you get kids to spend their free time thinking through complex problems and paying attention to something for longer than 20 minutes?

You give them something fun to engage in – like a scavenger hunt. These scavenger hunts ideas aren’t just for birthday parties and special occasions – you can do them any day of the week.

There are even proven educational benefits of scavenger hunts, which we’re giving you a quick look at below.

The Benefits of Scavenger Hunts

Scavenger hunts are more than a fun activity. They can help children…

Hunts not only allow children to practice their hands-on learning skills, but it increases their memory recall and allows them to work out problems physically. Pretty impressive, right?

Group projects in school were tough. There was always someone that didn’t pull their weight and someone who had to make up all that work.

But those group projects were good practice for the real world and gave students a preview of what it’s like to work with other people in the workplace.

Learning how to work in a team is essential for success in business, and doing scavenger hunts can start nurturing those skills at a young age.

Anytime there’s more than one child working towards the same goal. They have to organize their interaction and follow social rules.

The way they figure out who’s going to do what and how they’ll lean on each other for help will develop their teamwork skills for a job they’ll have years in the future.

3. Exercise for the brains

Screentime isn’t good for your child’s brain. We’re not trying to shame you for putting on a movie every once in a while or giving them an hour of iPad a day – but many parents are allowing their children way more screentime than that.

And you may not mean to, or want to – kids can be pretty ornery when it comes to watching their shows or playing their games. Plus, sometimes there’s nothing else to do!

Enter scavenger hunts – an activity that not only encourages your child to use their brains but gets their bodies up and moving (away from the screen), too.

Before you say, “I don’t have the time or the energy for all that,” hear us out. We make pre-planned scavenger hunts with different themes, difficulties, and puzzle types. All you have to do is purchase, download, and print the game. Then you’re good to go!

We’ve given you three reasons why you should set up a scavenger hunt for your kid – and given you a resource to make it as easy as possible.

Below, we’re making your life even easier (you’re welcome) by planning your themed parties or events that involve scavenger hunts for you.

A Day at the Park

Taking your kids to the park always sounds like a good idea, and it is – for about an hour. After that their energy seems to run out and they get whiny and bored.

Or, they get so riled up at the park that they start getting into or doing things they shouldn’t. Why do kids love to throw rocks/sand so much?

You can avoid that meltdown or misbehavior by letting them run around for a while, then giving them a structured activity, like this outdoor-themed scavenger hunt.

It consists of 22 clues and will work for children ages 3-10. Younger children will need help reading the clues, which either you or an older child can help with.

To set it up, purchase this treasure hunt, print out the clues, and pick which ones are relevant for your local park. Either have the kids stay in the car (looking at their screens, so they don’t cheat) while you set up, or have someone set them up for you before they get there.

Then hand the oldest child the first clue and send them on their way.

The reward for the scavenger hunt can be anything, from a special snack to a sticker, to high-fives all around.

If they go through the hunt faster than you thought they would and there are other kids at the park, have your children set up the hunt themselves. They’ll love leading other children through it and may even make some new friends.

Plus – you can keep them out of the house longer and expend more energy while they’re there. Naptime for everyone? Sounds good!

Pro Tip: take a picture of each clue you put down, in order, so you don’t forget where they are/can help if need be.

PS: this tip also works for easter egg hunts, you’re not the only one that’s ever found a spoiled dyed egg three weeks later.

Speaking of Easter, are you always running around the house trying to think of good egg hiding spots?

You won’t have to with this Easter-themed scavenger hunt, available for purchase on our site.

This hunt isn’t just clues – there’s an entire storyline, with characters and challenges.

With the first clue, children will learn that Edna’s (the hen) chicks have hidden six eggs around the farm and that it’s their job to bring them back safely.

Along the way, they’ll play games, rescue the eggs, then get a diploma of completion. We recommend that the seventh egg is a chocolate egg (or open to reveal a candy surprise).

You can play our games anywhere, inside or outside – in the park or even at the zoo. If you’re looking for an activity for a zoo or animal themed birthday party, this jungle hunt is the way to go!

It, too, has an exciting storyline that will keep kids engaged throughout the entire game. You can have children work in teams (print out two versions and have them race) or do it as a big group.

There are two versions, one for older children and one for younger.

In this game, children will help re-discover the lost and forgotten city of the ancient Mayas, which lays hidden in the jungle.

They’ll rescue hidden treasure from the bad guys and get a diploma of thanks at the end. The game takes about an hour, depending on how you set it up and how many children there are.

Setting it up is so easy – even a monkey in the jungle could do it!

Send children home with safari-hat party favors or finish off the day by having everyone watch George in the jungle (or another themed movie), or even take them all out to the zoo.

The kids will love it, and other parents will be impressed, even though all you had to do was click, print, and play!

What is it about pirates that kids love so much? Is it that pirates exist to break the rules? That they get to go on long voyages to new lands?

We don’t know why they love them, just that they do. And so, we’ve created this pirate-themed scavenger hunt that’s good for any kid who gets excited by the idea of a hook or an eye patch.

And while those accessories are fun, you don’t need them to play our pirate game. If you want to provide accessories (like eye patches), they could be the reward at the end of the game!

Our pirate game consists of a storyline, different challenges, and “key cards” that help them open the buried treasure box when they’re done. You can find it for multiple ages on our site, with the older version and younger version linked here.

If it’s a birthday party theme or a general kids interest, we probably have a scavenger hunt for it. We’ve got Princesses, Christmas, and Halloween themed hunts on our site, to name a few.

And if you want other scavenger hunt ideas, like those for adults, we’ve got a few adult versions.

So what are you waiting for? Plan, click, print, and then play! Your treasure chest awaits. Grapevine.nu/english 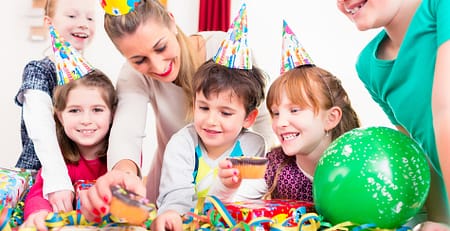 Children’s parties – how to plan the most amusing party!

Here below you will find a quick checklist – 10 things to consider when planning a kid’s birthday party! Here... read more 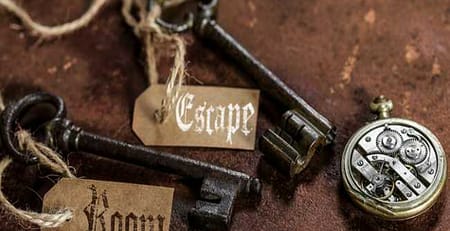 Are you asking yourself the question: what are escape rooms and escape games? If yes, you should check out... read more 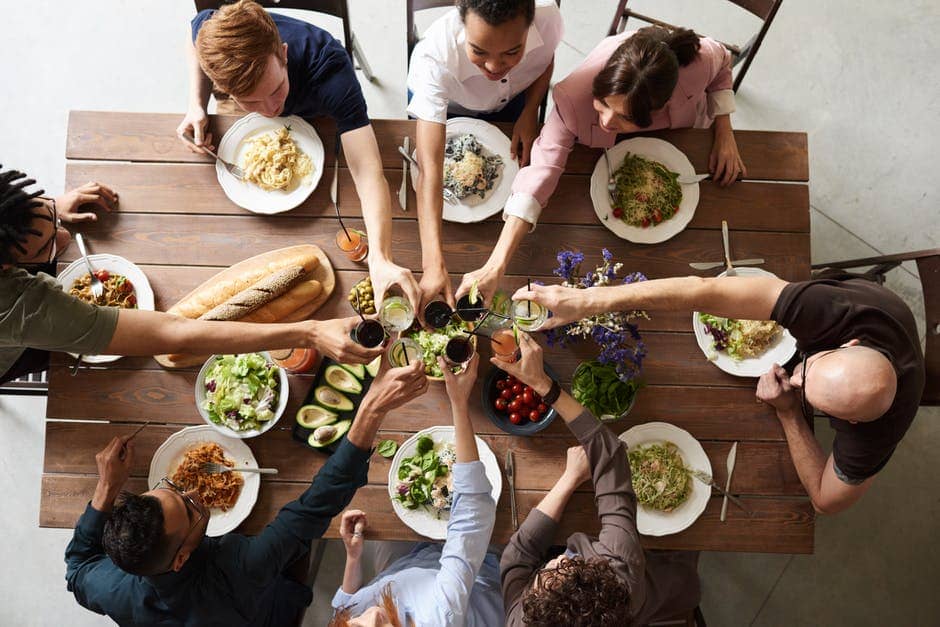