Murder at Mystery Manor is an ingenious, fun, and easy-to-implement murder mystery that can complement any special dinner! Requires no special costumes or acting ability on the part of the guests. A…

Murder at Mystery Manor is an ingenious, fun and easy-to-implement murder mystery that is simple to complete and which fits perfectly for a dinner out of the ordinary! Murder at Mystery Manor requires no special costumes or acting ability on the part of the guests, but is a cleverly devised murder mystery that everyone, regardless of the number of players, can take part in solving.

The Murder at Mystery Manor story is told by a narrator who reveals the exciting events that take place at the Manor house this evening. Each participant receives a booklet with a list of the main characters in the drama and an answer form within which to make notes of any clues to the solution, such as thoughts about the time of the murder, the murder weapon, the motive and, finally, the murderer.

Murder at Mystery Manor is divided up into four chapters, and we suggest that one of these be read before the meal is served, two between courses and the fourth after dinner or with coffee. Guests can decide whether to discuss their findings with each other or keep their guesswork to themselves. If you wish, the guests can also be divided up into teams, which work together to solve the murder mystery. Finally, everyone reveals who they think the murderer is and how it all happened.

Obviously, should you so wish, you can combine solving the crime with a fitting celebration theme and an elegant table setting. Perhaps the host and/or hostess “dress for dinner” at Mystery Manor and the table is set with candelabras, silver cutlery and linen napkins.

Join us for an exciting dinner at Mystery Manor! 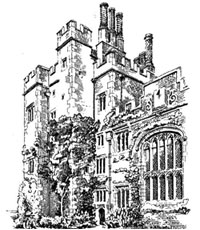 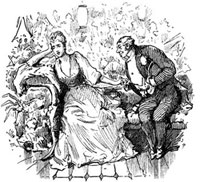 You get everything you need to complete the murder mystery in a professional and fun way!

Order Murder at Mystery Manor by clicking on the button. You pay simply and securely by credit card and get the file, with everything you need to organise an exciting murder mystery, directly to your e-mail. The Host Guide gives you all the tips you need to make the evening a success!

This website uses cookies to improve your experience while you navigate through the website. Out of these, the cookies that are categorized as necessary are stored on your browser as they are essential for the working of basic functionalities of the website. We also use third-party cookies that help us analyze and understand how you use this website. These cookies will be stored in your browser only with your consent. You also have the option to opt-out of these cookies. But opting out of some of these cookies may affect your browsing experience.
Necessary Always Enabled
Necessary cookies are absolutely essential for the website to function properly. These cookies ensure basic functionalities and security features of the website, anonymously.
Functional
Functional cookies help to perform certain functionalities like sharing the content of the website on social media platforms, collect feedbacks, and other third-party features.
Performance
Performance cookies are used to understand and analyze the key performance indexes of the website which helps in delivering a better user experience for the visitors.
Analytics
Analytical cookies are used to understand how visitors interact with the website. These cookies help provide information on metrics the number of visitors, bounce rate, traffic source, etc.
Advertisement
Advertisement cookies are used to provide visitors with relevant ads and marketing campaigns. These cookies track visitors across websites and collect information to provide customized ads.
Others
Other uncategorized cookies are those that are being analyzed and have not been classified into a category as yet.
SAVE & ACCEPT